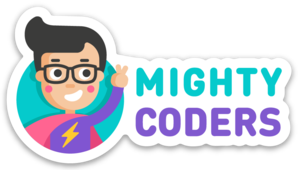 To learn if programming is right for your child

Coding Is The Literacy Of The 21st Century.

Ready To Set Your Child Up For Success? 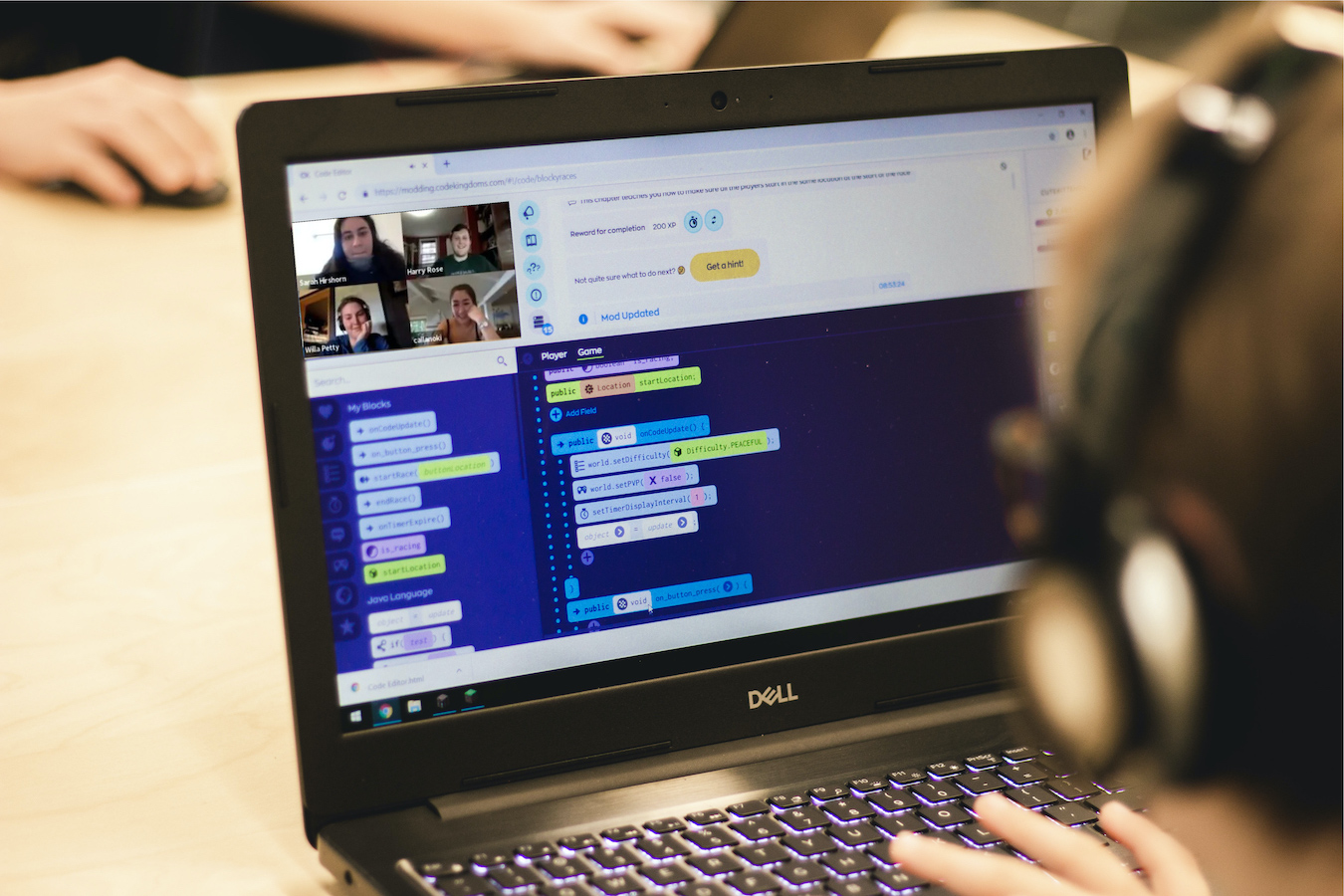 Learn The Fundamentals of

Virtual or In-Person Group Sessions for those who enjoy working with others!

Group Sessions will help students to keep the vital social component while learning from home.

Students will be learning in 3 ways:

🚀 Collaboration with other students 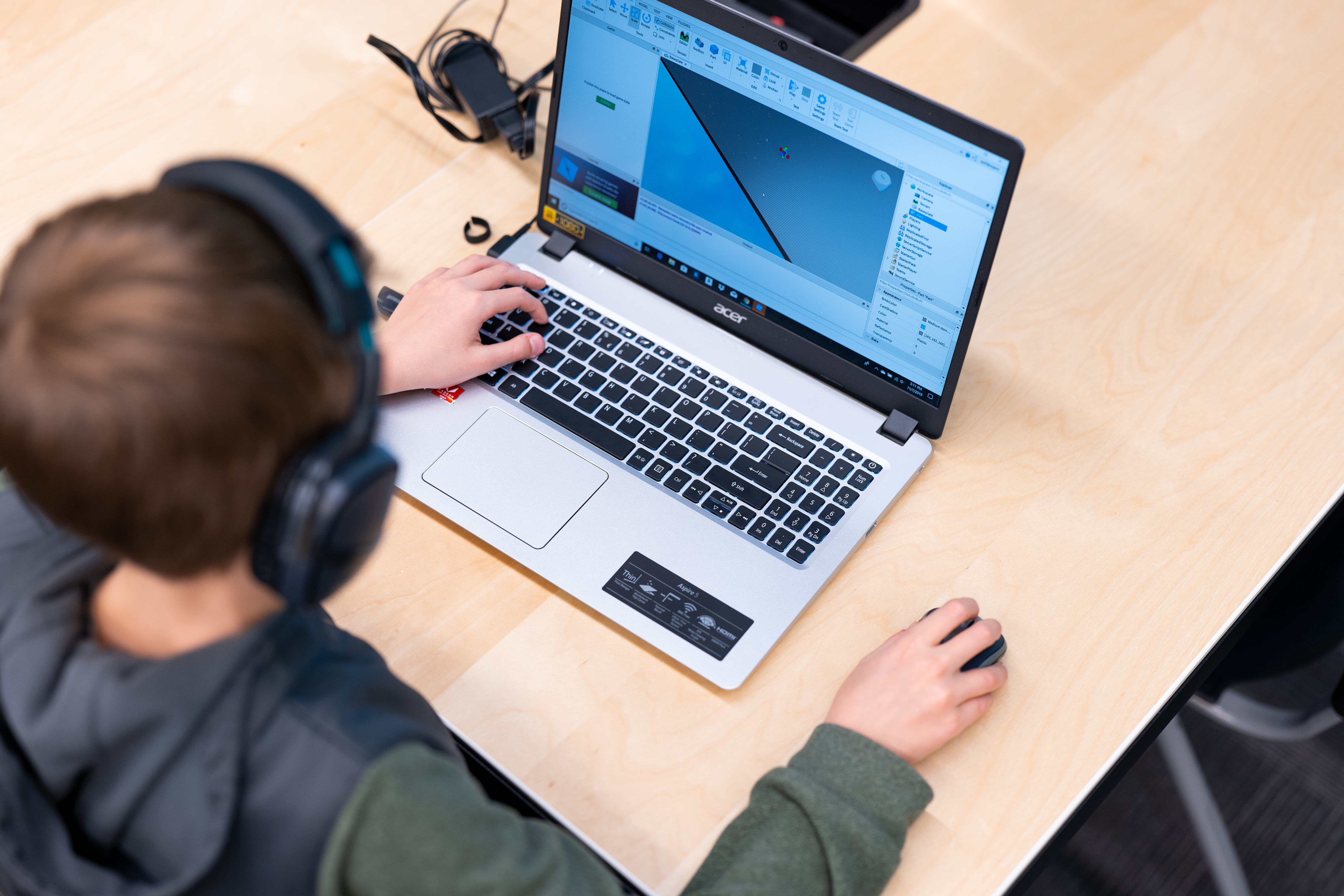 Why learn to code?

🚀 Increase their efficiency, and reduce stress associated with traffic.

🚀 Remote work is the new mainstream

🚀 More opportunities and possibilities for kids

Who will they learn from? 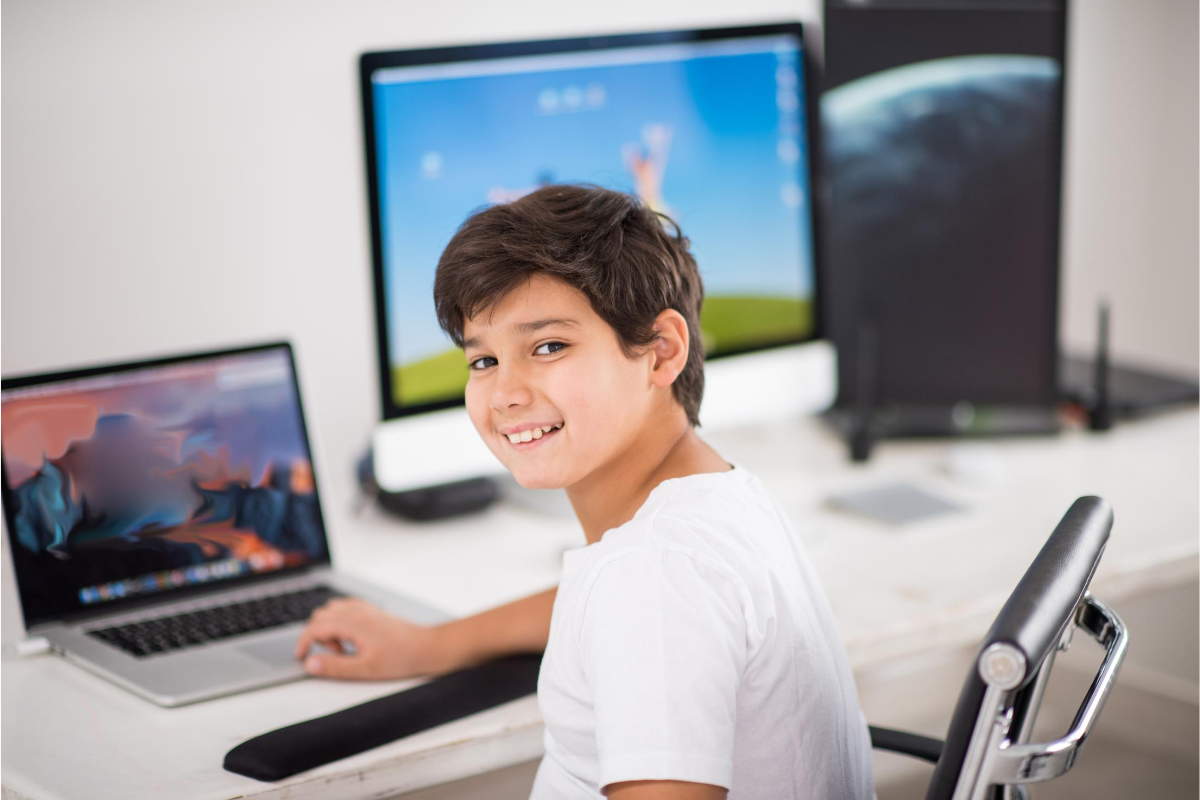 Learn from the best!

Taught through small, intimate class sizes in easily digestible 60-minute classes, your child will learn the applicable tools, shortcuts and best practices that will give them the direct skills behind computer programming and engineering as it’s used in the trenches today.

What parents are saying: 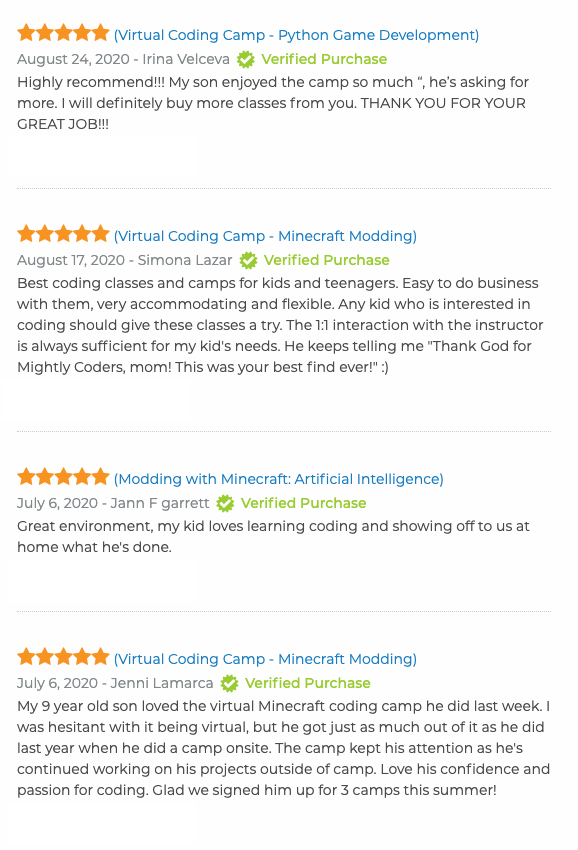 Learn by doing, not by watching!

Our virtual classes teach students how to code by helping them create their own unique computer games.

Prestigious schools love admitting students with education-based extracurriculars and talents! Prepare for an Ivy League education by solidifying your student as a high achiever.

The Future Is Tech!

Is there any doubt that trillion-dollar companies like Amazon, Microsoft, Google and Apple will be the dominant market drivers for at least the next century?

And there’s a trickled-down effect. Small and medium-sized companies will leverage the same technology and require the same skilled professionals to be competitive in the global arena.

Whether your child dreams of working for a world-class game developer or fantasizes about being the next Silicon Valley tech mogul, having a powerful base knowledge in the field of computer programming isn’t just the future – it’s already here!

Apollo 8 was the first spacecraft to orbit the moon, the first “jumbo jet” hit the skies, and Bill Gates was 13 years old.

And lucky for Bill, his small private school in Seattle was one of only a handful of places on Earth where a student could interact directly with a computer and learn.

In countless commencement speeches, Gates credits his success to his exposure to computers early and often, decades before they were mainstream. They refined his passion, gave him ideas, and gifted him the direct knowledge he needed to dream and build.

Today, you can give the same incredible advantage to your child by helping them learn computer programming.

As most memorize facts about Christopher Columbus and play pickle-ball in gym class, your student can ingrain the invaluable, in-demand skills that will benefit them now and for the rest of their lives! 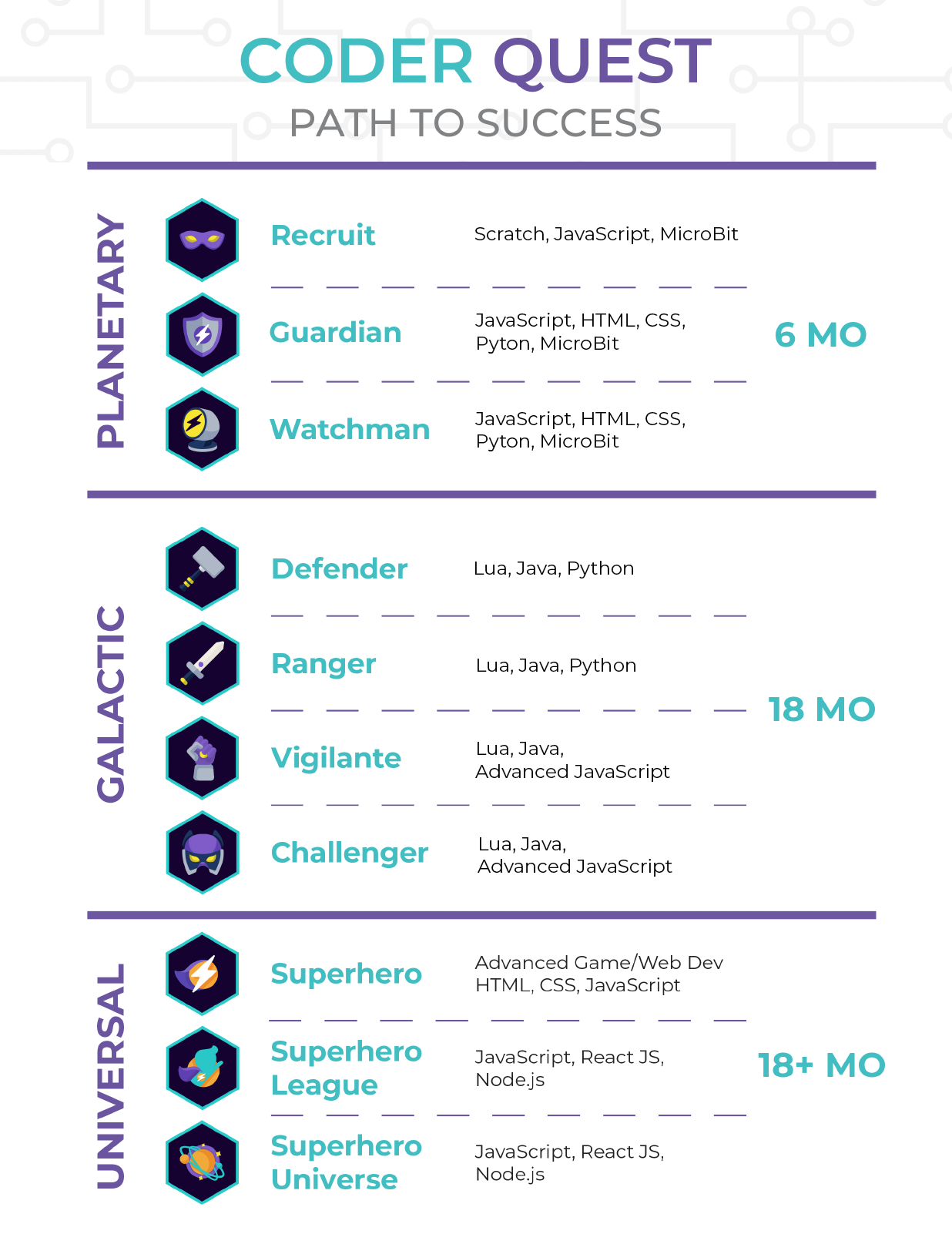 Try Before You Buy with Zero Commitment

If you and your student aren’t wildly enthusiastic after just one 60-minute class, there’s no commitment to continue or contracts that lock you in.

During the free trial lesson:

🚀 Your child will have a 1:1 customized coding session with a code mentor, catered to your child's experience level.

🚀 Your child will implement what they’ve learned and will build a functioning computer game from scratch, all in just one class!

Only continue weekly classes if your child is absolutely ecstatic about developing this newfound passion.

Most new students are!

Scroll down below to book your appointment to

* To reserve your spot for 2 week trial we ask for a fully refundable $50 deposit.

If you are not satisfied with the trial or simply don't want to continue, we will refund your deposit right away.

Otherwise, if you love our program and decide to join us, we will use it towards your first month tuition.